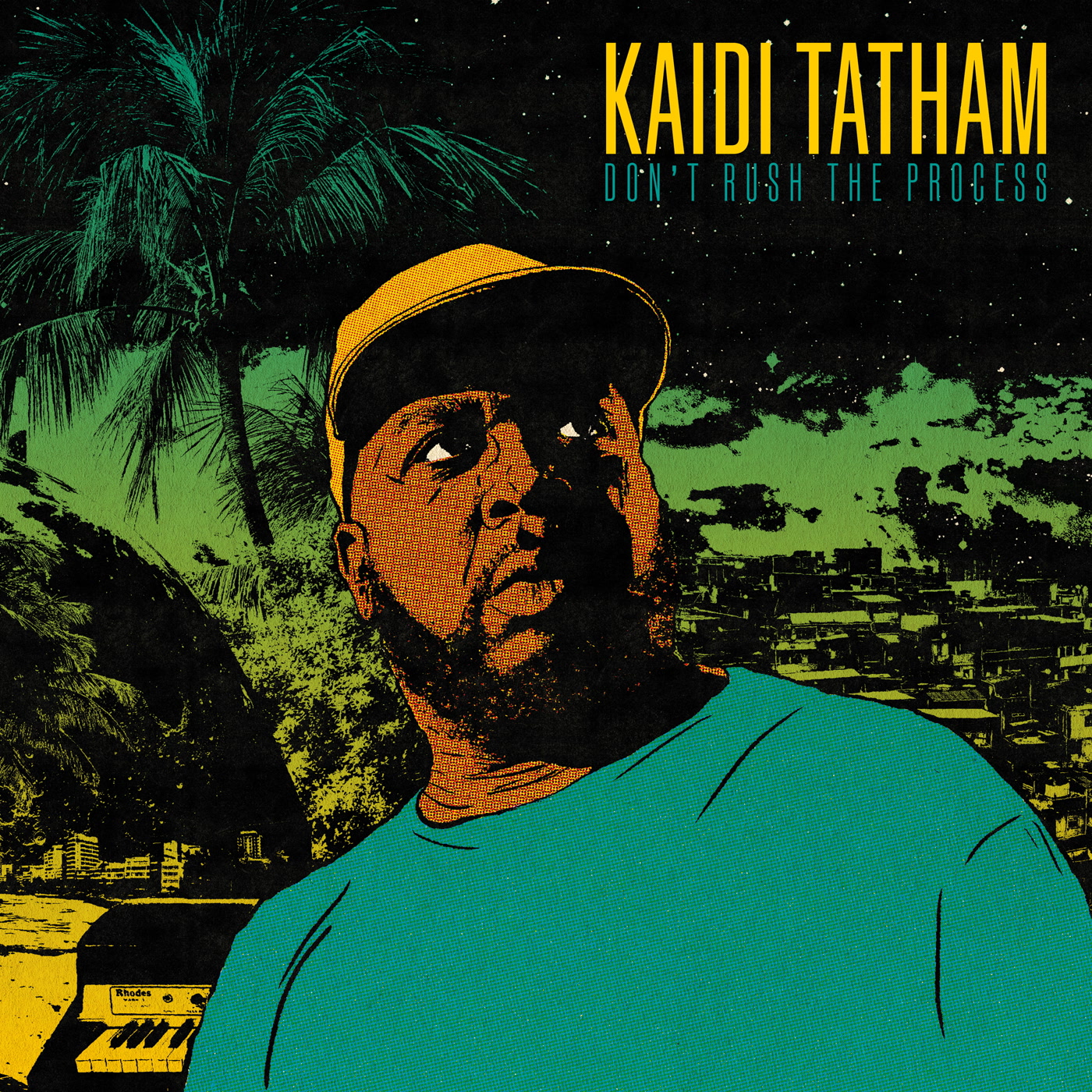 This new album ‘Don’t Rush The Process‘ opens with an intro of sweet strings on ‘Mystery Solved‘, ahead of lead title track, which is on a mid-tempo boom bap vibe, before switching to a more uptempo boogie vein, with the assistance of The Easy Access Orchestra, who also appear on ‘We Chillin’ Out‘, which is on a similar boogie tip. ‘All I Need‘ is some gospel flavoured hip hop, whilst ‘Knocknee Donkey‘ steps things up in a jazz-funk fashion. The second half of the album takes on a very Brazilian flavoured stance, with a set of delicious latin flavoured grooves on ‘Any Flavour‘, ‘Runnin’ Tru‘, ‘What A Dream‘ and ‘Sooretama‘, the latter featuring the additional prowess of pianist Robert Mitchell. There’s a touch more of the hip hop beats thrown in via ‘Funky Fool‘ and the album closes out in inimitable Kaidi style with a short message: ‘Mind Yourself‘.