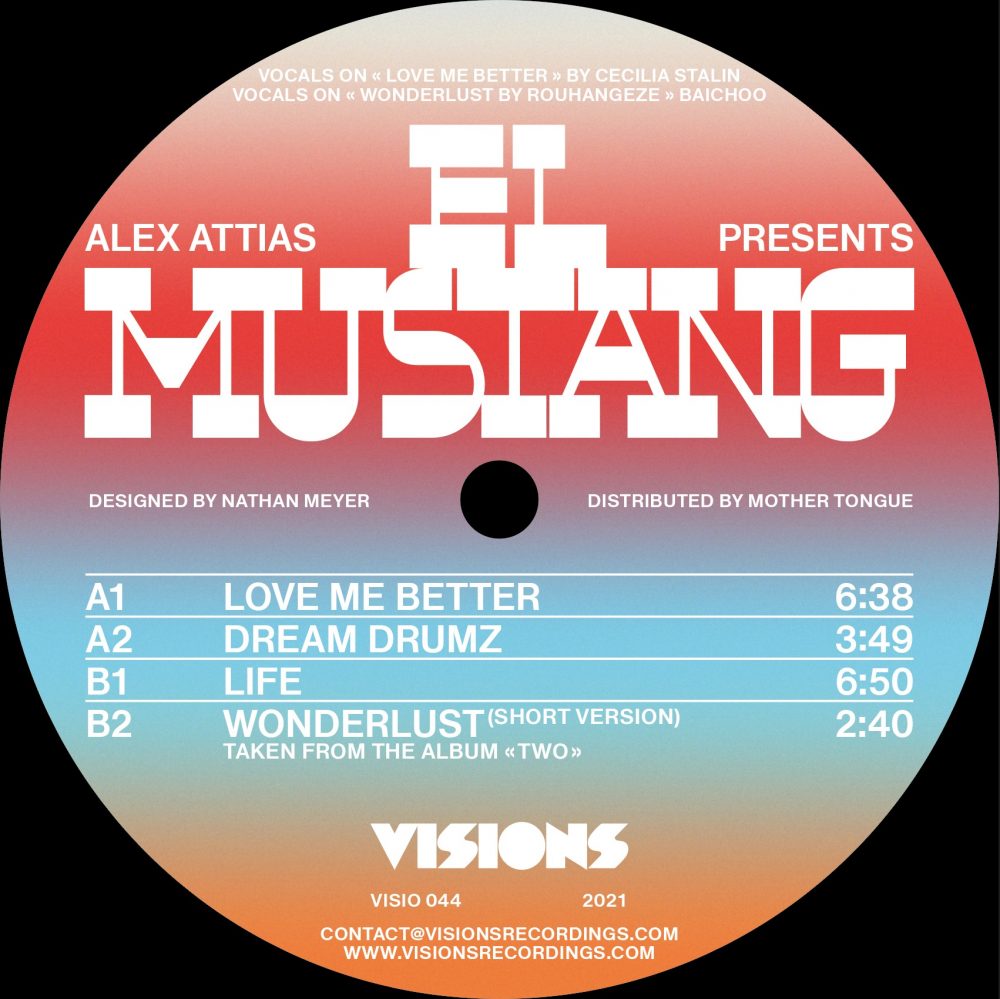 Alex Attias is back with his El Mustang Project taken form his second album “Two” due early next year. In the meantime, Visions Recordings is releasing this 4-track ep with exclusive songs that won’t feature on the vinyl double album. Under the moniker El Mustang, Alex  mixes organic sounds, styles and genres with his unique production sound and way of mixing the tracks. The centre of this project is rooted in jazz, soul, disco, house, boogie, bossa and drumming. This 4 tracks EP is ranging from soulful jazzy house to mad drums and futuristic disco going through broken tech and electronic afro jazz. As usual, Alex has been working with guests including Cecilia Stalin and Rouhangeze Baihoo on vocals.

This is a limited 12” so don’t sleep, this one is for the collection!