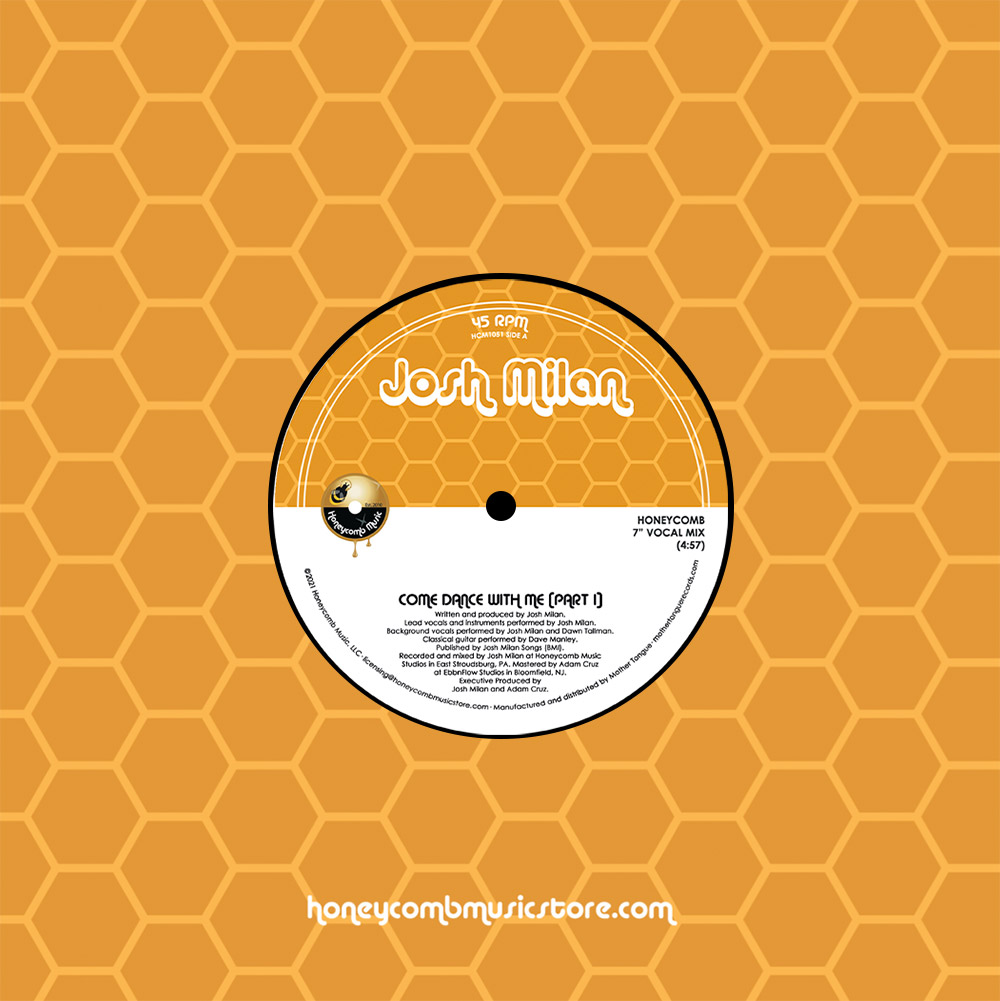 Come Dance With Me (Part 1)

Come Dance With Me (Part 2)

Honeycomb Music is extremely proud to present the latest 7″ vinyl release from the incomparable Josh Milan, entitled “Come Dance With Me (Parts 1 & 2)”. This song, about a man desiring a woman who is preoccupied with someone else, is an impeccably produced mid-tempo tune, cleverly done in two parts. Each part showcases Milan’s unmatched talents as a singer, songwriter, and producer. Milan explains that the inspiration for this song came from jazz artist Kurt Elling. “In the song, ‘Change Partners,’ Kurt Elling sings about desiring a woman who is dancing with another man. He’s waiting for his chance to get close to her, asking her to ‘change partners'”. Milan was also inspired by his childhood experiences of performing in the Brooklyn Boys Chorus where they sang classical music. The classical guitar is performed by the incredible Dave Manley while the operatic vocal is performed by the phenomenal Dawn Tallman. It is hard to properly express the amount of dynamism at play in one song! All of these performances are goosebump-inducing and deeply spiritual. With Josh Milan at the helm, “Come Dance With Me” is a sure-fire winner with surprising twists and turns along the way.