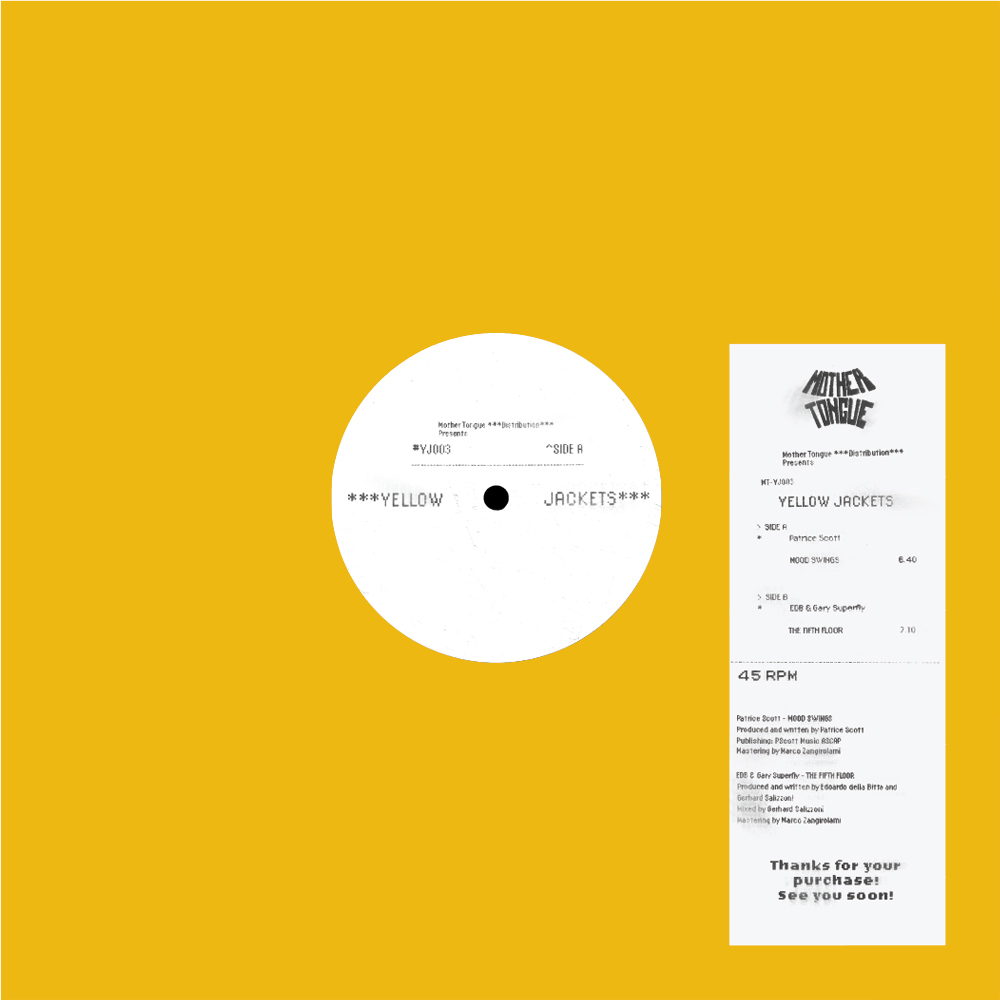 Patrice Scott does what he’s known for: emotional tech funk, rich in melodies and deep in textures! ‘Mood Swing’ does exactly what the title says, keeping you dancing while mind travelling….Butter!!!

On the flipside EDB & Gary Superfly, who recently broke some necks with their jam ‘Pressure’ from the Madre Lingua album, deliver straight from “The Fifth Floor” a twisted bubbly acid number with swing a plenty and melodic overtones…a match made in heaven!